STUART BUNCE, Born in Beckenham, Kent, Stuart received his training at the Guildhall School of Music and Drama. His many roles include 'Gabriel' in Roberto Faenza's film THE LOST LOVER, 'Wilfred Owen' in 'REGENERATION,' for BBC Films, 'Charles Gore' in THE JURY directed by Pete Travis and 'Phillipe Lispard' in the BBC production of SCARLET PIMPERNEL. Other television credits include appearances in MRS. BRADLEY MYSTERIES, ALL THE KINGS MEN, BABES IN THE WOOD, MIDSOMER MURDERS and the popular BBC series CASUALTY." Stuart's theatrical credits include appearances as 'Burgundy in Adrian Noble's production of "KING LEAR!' at the Royal Shakespeare Company and as Romeo in Neil Bartlett's ROMEO & JULIET at the Lyric Hammersmith. Stuart recently played 'Lucius' in the remake of 'SPARTACUS,' directed by Robert Dornhelm. Additional recent credits include his performance as 'Harry Freeman' in 'POW,' directed by John Strickland for Company Television. 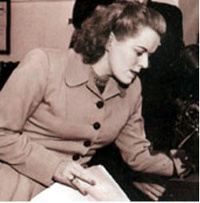 BETTY EVELYN BOX Born in Beckenham, Kent, England, 09/25/1915. This younger sister of screenwriter-producer Sydney Box was a pioneer in the British film industry. Born in Beckenham, Kent, Betty E Box entertained thoughts of a career as a commercial artist but recognized she lacked the requisite talent. Secretarial courses proved equally uninspiring. By the late 1930s, her brother Sydney and his second wife Muriel had begun to produce films and they offered her a slot at their Verity Films. Box proved a natural at maintaining costs to a minimum and keeping a sharp eye on the bottom line. At a time when the role of women in film was mostly relegated to to before the camera work, Betty Box excelled in packaging and overseeing the making of features. After a promotion to production manager, she eventually made the leap to producing, serving as an associate on "The Seventh Veil" (1945).

When her brother was hired by J Arthur Rank to run Gainsborough Studios, he accepted on the condition that Betty be put in charge of the slightly smaller Islington Studios, where she oversaw over two dozen features. While the first, "Dear Murderer" (1947), was a disappointing drama about adultery, she scored with the fantasy "Miranda" (1948). a comedy about a mermaid. Shortly thereafter, she married her second husband, producer Peter Rogers (best known for the "Carry On" series of lowbrow comedies) and met the director Ralph Thomas with whom she would collaborate on some 30 films over a 20-plus time span. Thomas proved proficient with thrillers like "The Clouded Yellow" (1950) and a remake of Hitchcock's "The Thirty-Nine Steps" (1959), starring Kenneth More, but he and Box found their biggest success with the "Doctor in the House" series. Beginning with the initial installment in 1954 and running to 1970's "Doctor in Trouble", the slickly produced. modestly-budgeted films proved to be their legacy, although the first in the series remains the most amiable and funniest. 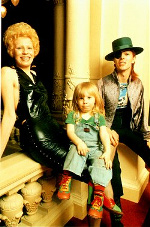 DUNCAN ZOWIE HAYWOOD JONES, Born in Beckenham, Kent, 30 May 1971. Also known as Zowie Bowie or Joey Bowie, is a British film director best known as the son of popular music icon Zowie is the son of David Bowie and his ex-wife Angela Bowie. He was born at Beckenham Hospital in Kent. Zowie's birth prompted David to write the song "Kooks" for his 1971 album Hunky Dory. Duncan is the half-brother of Alexandria 'Lexi' Jones and Stacia Lipka. As a child, Zowie spent time growing up in Berlin, London, and Vevey, Switzerland where he attended the first and 2nd grade at the Commonwealth-American School. In 1980, when David and Angela divorced, David Bowie was granted custody of 9-year-old Zowie, who was enrolled in the prestigious Scottish boarding school, Gordonstoun.

Around the age of 12, Zowie decided that he preferred to be called "Joe Jones" and so adopted that name. His father David has been quoted as saying "If when he gets old enough to care about his name he doesn't like it, he can always change it, or give himself a nickname, it's OK by me." The press reported that he went by Joe in 1992 when attending his father's wedding to Iman Abdulmajid (he was the best man). At the age of 18, Joey decided that it would be best to refer to himself as Duncan Jones. 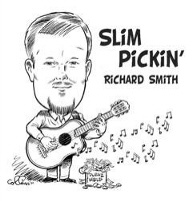 RICHARD SMITH was born in Beckenham, Kent, in 1971. One day, at the age of five, Richard was watching his father fingerpick “Down South Blues” (an Atkins-Travis recording) on his guitar. The boy begged his dad to show him how to play it, and finally he did. Despite the fact that Richard is left-handed and his dad’s right-handed guitar was not designed for tiny hands, by the end of that day, Richard learned and played both the chords and the melody. Within no time, the toddler outstripped his dad’s six-string prowess and it was clear to all who saw or heard him play that Richard was one of those rare phenomena -- a child prodigy.

Now thirty, Richard Smith is described as nothing less than a phenomenon. Here’s what a few of his fellow guitarists have to say about him: “The most amazing guy I know on the guitar.” “He can play anything I know, only better.” Chet Atkins, CGP Richard Smith owns many instruments, but his most prized is a guitar, which has written on it, “To my hero, Richard” -- signed Jerry Reed and Chet Atkins Guitar playing at its finest. Don’t miss this one.” Doyle Dykes “If you like my playing, you should hear Richard Smith.” Tommy Emmanuel, CGP “He is one of the world’s greatest guitarists.” Muriel Anderson