After WW2, the ground was taken over by Thomas Meadows and efforts were made to stem the R. Pool by building up the land 8ft. This buried the elegant semicircular red brick steps of the pagoda-style pavilion but prevented the flooding. Today, visitors to boot sales at the Footsie Club can be barely aware of the river of my childhood, flowing as it does now deep down between the banks.

Now that the river had lost its flood plain, it exaggerated the flooding of the Chaffinch Brook at Clockhouse. Many alive today will remember the rainfall of Friday night 15.9.1958 when the flooding of our local streams fed by the rain in the Shirley hills caused the Beck to pour out of the Kelsey Park gates like a bore 4ft high. Clockhouse station was flooded twice; first by the Chaffinch coming from the direction of the up line and then by a tidal wave from Elmers End. Large lakes appeared all over the borough: - Shortlands, New Beckenham, Birkbeck, Lower Sydenham, Worsley Bridge, Rising Sun, White Hart at West Wickham and Sparrows Den where the downpour had revealed the forgotten streambed of the Bourne. 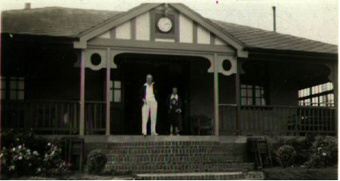 The electric train service ceased through Clockhouse station until a steam train was used to pull the coaches along. The whole of the Elmers End Green was covered and the Churchfield allotments were inundated. The Borough stream (Pool) had swept through the Reddons Rd gardens, flooding cellars forcing up the floorboards in the houses. Mr Nash, the caretaker at the Girls’ Grammar School in Lennard Rd (now Cator Park School), was kept busy trying to control the 2ft of water that had entered the school. The drainage system could not cope and all the local streams overflowed. A man seen skulling along Clockhouse Rd in a canoe was unable to negotiate the bend because of the speed of the current, but someone put out a notice “Boats for hire”. Without the Yokohama field to overflow into, the Pool River poured over the bridge in Worsley Bridge road and covered the area in a huge sheet of water two feet deep. In 1960, the Kent County Council formulated plans to put the rivers into culverts and so their beauty disappeared, but we still have floods, it seems at 10-year intervals. On Saturday, 1st August 1998, we were reminded that flash floods still occur when Cedars and Beckenham roads were turned into rivers as 2 ins of rain cascaded down in 1.5 hours. Attempts are being made to return the river to its former attractive self with the landscaping at the new Sava centre on the old gasworks site at Lower Sydenham2. 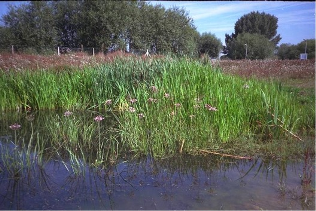 In 1846 when the directors of the local gas suppliers toured Sydenham and Dulwich, they decided that the area did not merit the development of gas. However in 1854, the Crystal Palace Gas Company began gas production at Bell Green, the lowest lying region in the area. This corresponded with two events that boosted sales. The first was the opening of the Crystal Palace in 1854 and the second was the adoption of street lighting in 1856. Prior to this you had to use a lantern to find your way at night and it was said that if you fell into a ditch there were so few people about you might wait days to be rescued.
The Pool River bisected the gasworks and so it disappeared into a culvert 30m below the surface to avoid interrupting the plant. When the site became the South Suburban Gas Company, nearly 2,000 people were employed there but with the advent of natural gas in the 1960’s production ceased and it became redundant. 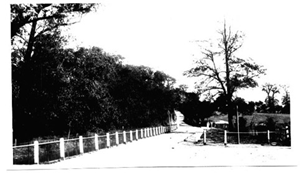 The junction of Worsley Bridge Road and Southend Lane in the 1920’s with the river passing beneath. 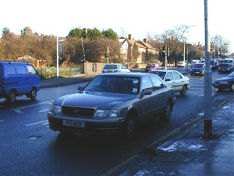 Over 100 years of gas manufacture had left the soil contaminated and it was decided to move the river to a new open channel. This has been designed with a pathway linking into the Green Chain walk and to encourage nature to thrive. The gravel river bed has already increased the shoaling of fish and the river banks are planted with native trees, shrubs , herbs and wetland marginals. Bridges are situated at viewpoints and imported boulders provide inviting places for children to play.

Access to the wild part of the river beyond the riverside walk is possible at several places, especially near the one-way system at Catford bridge where you can see the stretch once known as Gudgeon’s Swim.The confluence of the rivers Pool and Ravensbourne is just above this point.
About 100 years ago, residents of the odd numbers of Catford Hill had landing stages at the bottoms of their gardens. They relaxed in their rowing boats on the river and enthusiasts held a fancy dress regatta each year. The inn on the other side of the road was called the Ravensbourne tavern until the name changes of recent times. It was first licensed in 1845.
The source of the Pool River is difficult to trace. I believe that it rises near to Norwood Junction by Werndee Rd and Shinners Close and runs along the ground water sewers below Marlow and Ravenscroft roads. In old maps it was called the Boundary stream and you can detect its course from the walls on either side of the roads along this valley. It passes along the backs of the gardens in Reddons Rd and crosses behind Cator Park School into the Park. Here it meets the flow from the Chaffinch Brook and the river Beck and from now on is called the river Pool.

0 # clark 2015-12-03 07:44
Great
Reply | Reply with quote | Quote
0 # Mal Mitchell 2017-11-08 16:43
The Beck, or should it be called the Hawksbrook rises in Spring Park and gathers a few small tributaries, runs through Highbroom Wood and Langley Park then to Kelsey Park and under the High Street. When it gets to Cator Park it is joined by the Chaffinch brook which comes via South Norwood Country Park. Its also joined by the Penge Boundary stream in Cator Park and becomes the Pool River here, passing under Worsley Bridge Road on its way to Catford where it joins the Ravensbourne and as the Ravensbourne makes its way to Deptford Creek and the Thames.
Reply | Reply with quote | Quote
0 # Mal Mitchell 2018-05-29 12:34
just a comment for good orders sake. Its been discovered that John Cator didn't intend to develop the estate requesting in his Will that it shouldn't be broken up, but his nephew and heir, John Barwell Cator and other estate trustees acquired an Act of Parliament permitting leases and exchanges of property from 1825 and the Cators moved their main estate to Woodbastwick in Norfolk.
Pat was instrumental in us becoming aware of this and her childhood memories probably sparked her interest in local history..... and passed the interest on to us and others. Thanks Pat.
Reply | Reply with quote | Quote
Refresh comments list
RSS feed for comments to this post