Two years of gloom our home has past and still we mourn for him we loved so dear. In an unknown grave somewhere in France our dear boy now sleeps, the memory of that last goodbye and of his boyhood days at home we never can or shall forget.           Art Willis died 3/10/1915 age 21.

We have been able to identify close to 600 names out of the 711 lost locally in WWI although this is only a fraction, perhaps a third, of the total killed. The primary source has been the  Commonwealth War Graves Commission started by Sir Fabian Ware, 1869-1949, commander of a mobile Red Cross unit, that recorded as many war graves as  could be found. Recognised by the War office in 1915 and the Prince of Wales in 1917, by the end of the war in 1918 there were 587,000 graves identified and 559,000 registered but with no known grave.

Memorials to the missing include  Ypres Menin Gate, Thiepval on the Somme, Helles at Gallipoli and Tyne Cot in Belgium. Today, google www.cwgc.org to have an excellent chance of identifying a name from the memorial even though the forenames are only represented on it by initials. Occasionally a deceased member of the forces is not recognised by the Commission if it is thought that the war was not the immediate cause of death.

Sometimes the task is impossible without additional information, such as the 53 entries for Field H. The soldiers medals of the National Archives sometimes record names not in the CWGC and just occasionally the spelling may be wrong.  Using findmypast or ancestry, the census records for 1911 and 1901 are the next step to confirm that a name found on the cwgc is linked to Beckenham. The BMDs are useful providing forenames and marriages, especially as a widow may have moved away to a family home with no apparent Beckenham connection.

The list of private residents in Beckenham, Penge and Anerley from Kelly's Directory for 1914 has assisted identification and occasionally Genes Reunited has solved a problem. Compiled in the War Office, there are 80 volumes of 'Soldiers who died in the Great War 1914-1919,' that commemorate some 635,000 listed alphabetically and we have used part 56 of the Middlesex Regiment supplying rank, birth place, enlistment, date, place and nature of casualty. The Beckenham Journal recorded as many of the local killed and wounded as were notified, first of all by Frank Thornton, and the weekly accounts have listed many who are not on the Beckenham Memorial at all and others where  success has come from a vital snippet of local information.

Valuable accounts of shipping lost during the war are  found on line too. We have to thank Ellen Barbet for her work in finding those remembered in Beckenham Cemetery, also Peter Wiseman and Irene Palmer and Ian Muir for passing on their research which greatly assisted finding the following alphabetical list. We apologise if some of our identification is wrong and welcome any corrections. 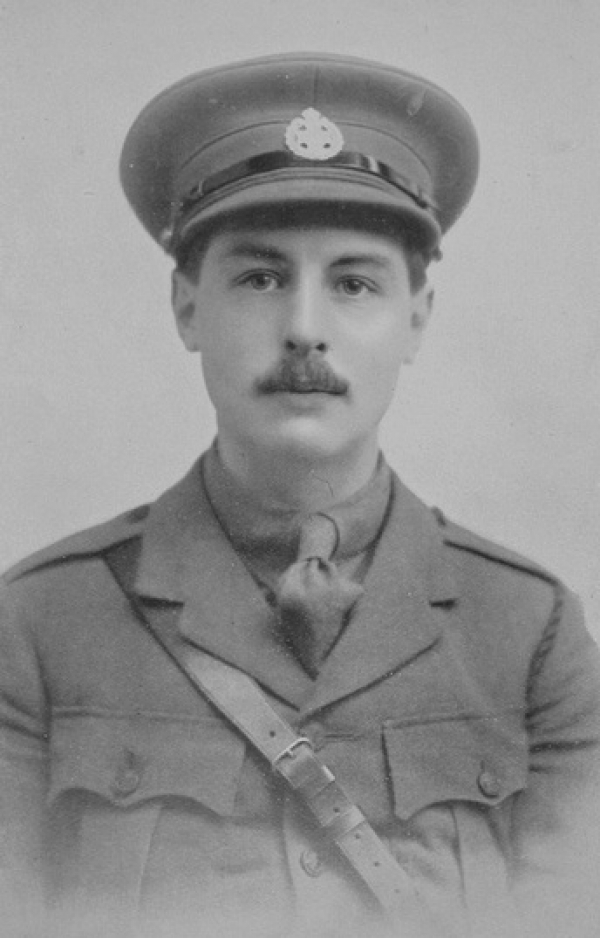